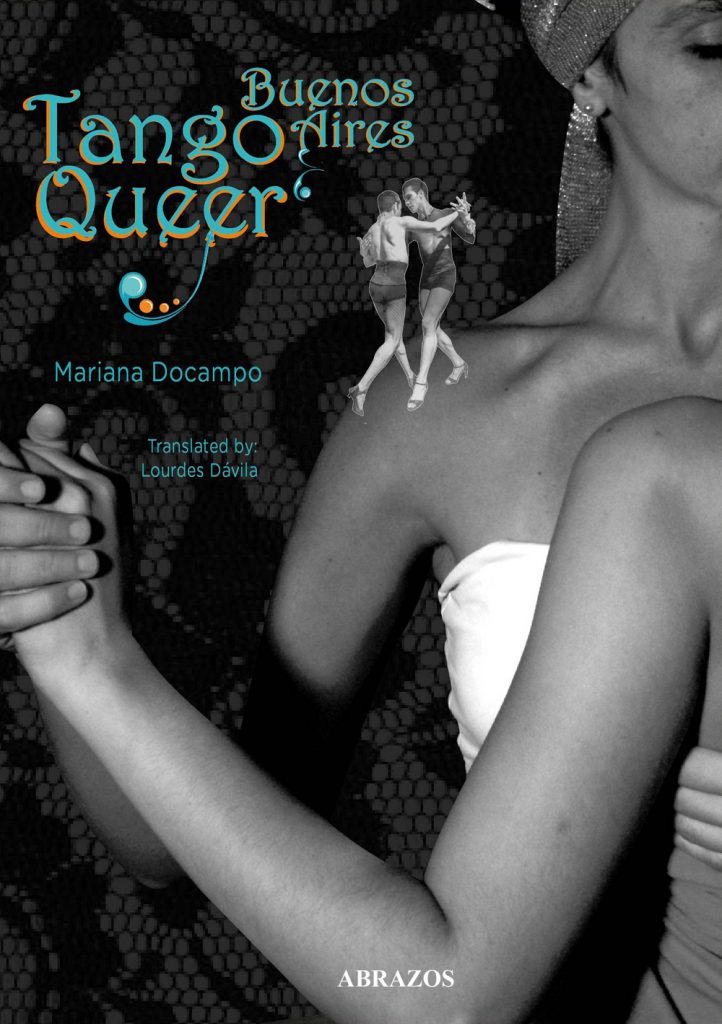 The English version of Tango Queer Buenos Aires by Mariana Docampo will be published end of October 2020, pre-order your book now and get a discount!

The book is a chronicle in which Mariana Docampo, funder of the milonga Tango Queer and co-funder the Festival Internacional de Tango Queer de Buenos Aires, reflects on tango, gender identity, Argentine identity, international connections and tells in first person about the creation of the Tango Queer Buenos Aires space.

“All dance spaces (with their traditions, their physical requirements, their gendered performances) can be thought of as political devices for the body and its practices. They are cultural zones where possible forms of life are rehearsed—often in an unconscious way. They set in motion new probable and improbable relationships among bodies.” – Laura Arnés

About Mariana Docampo
Academic, writer and tango teacher Mariana Docampo is based in Buenos Aires. Tango Queer was created in 2005 by Mariana Docampo and a group of students and friends. Together, they discussed ideas for a tango scene liberated from the norms and codes of traditional tango, which govern or limit the possibilities for communication between people. Up until 2005, the only LGBT dance venues that existed in Buenos Aires were the milonga La Marshàll, some isolated classes and practicas for the LGBT public (primarily male), and tango classes for women taught by Mariana Docampo, plus the monthly Milonga de Señoritas. In 2007 Mariana opened the Milonga Tango Queer. She is known for her manifesto, What is Tango Queer?, first published in Spanish in 2005 and later included (in a revised Engish version) in The Queer Tango Book (2015). It defines the underlying philosophy of queer tango. The term ‘queer’ was rarely used in the LGBT community at the time, and was completely unknown in the greater tango community of Buenos Aires. Mariana was instrumental creating the term ‘tango queer’ and bringing it to the attention of a greater Spanish speaking audience. She has been teaching queer tango workshops both in the Americas and in Europe. Her latest book Tango Queer Buenos Aires is a story about her journey with Tango Queer.