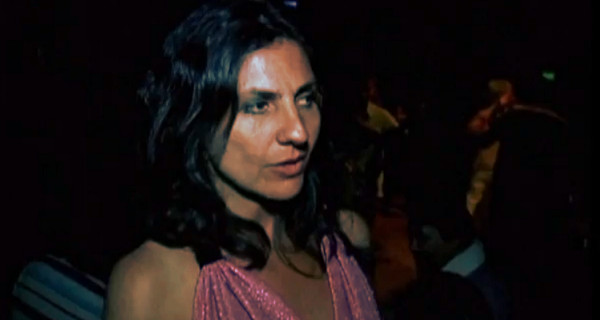 [Sorry, the video has been taken down by the publisher.]

Transcript of the video: Dance cheek-to-cheek to sensual music with who you want, in any role you want. This is possible at the fifth annual Queer Tango Festival in Buenos Aires. Same-sex dance partners glide across the floor in the sultry dance, switching roles from leading to following. Marina Docampo is the organizer of the festival. SOUNDBITE: Queer Tango Festival Organizer Mariana Docampo, saying (Spanish) “Our spaces are defined by the possibility of being able to interchange roles. At the same time, it has to do with the queer theory that exists in the gay community and in those spaces, diversity is promoted from tango and within tango.” The week-long event attracts participants from all across the globe.
Alejandro Villalobos flew over from Mexico. SOUNDBITE: Mexican Tourist Alejandro Villalobos, saying (Spanish) “I think it is very important to learn both roles. The role of being led and the role of leading, as it’s referred to here in Buenos Aires.” Visitors can also attend a conference examining gender identity in relation to the dance, as well as tango workshops teaching everything from the basic steps to some of the most complicated twirls and combinations. The Queer Tango Festival will run until November 20th. Elly Park, Reuters.